Yesterday I took a wrong turn. I had run 26k in the snow and icy rain on rugged trails above the Mediterranean and had 4 more to go for the win in my age group. 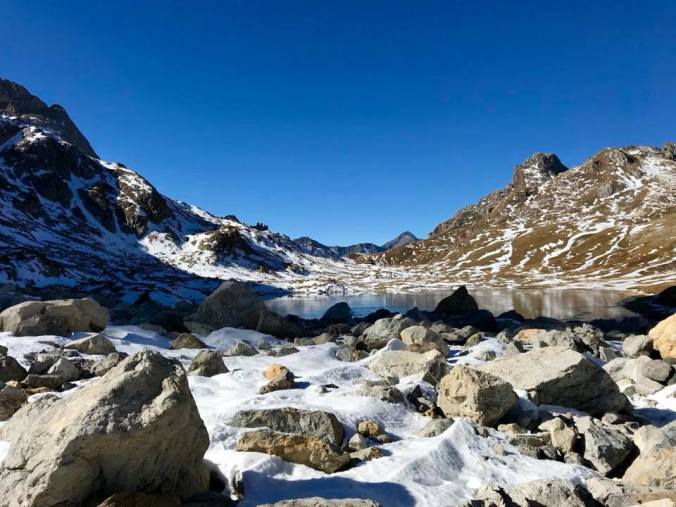 Now that the disappointment and irritation is waning, I can’t help but think that there is something there besides the literal wrong turn. Was that wrong turn telling me to stop chasing a form of self approval? Was it just reminding me that in running, as in everything, it is the process that counts? Was it pointing at the competitiveness and a form of arrogance/doubt (same coin) that unadmittedly is often driving me forward?

I was in for some type of win or rather form of confirmation and was stopped short; I had to let go of any hope of actual result and just retrace my steps, find the route and finish just for the sake of it, in pouring rain, my shoes filled with a sticky mixture of mud and ice. I had to let go and breathe through the suck. And it really sucked.

The question that keeps arising now is about expectation and motivation. In running and other things. I am well aware that expectations inevitably lead to disappointments and take me away from the freshness of the present moment; they prevent me from seeing other possibilities and from enjoying the process because I am so full of hope of achieving that one specific thing. I see it all the time.

But then, expecting to race well also motivated me run faster and push harder. I find that it is not so much expectations that are the problem but my inability to let go of them when they are not fulfilled.

The funny thing is that I technically did not take a wrong turn yesterday, I actually went right ahead, straight down the mountain instead of turning right. I was making a straight line for that sense of confidence, strength and joy that a win or a good race seemed to promise. And that just did not come. I had to find other things to appreciate. And I did. Before the wrong turn, the race had been hard but magical. Super narrow single tracks covered with snow, long downhills where I felt I could fly, an overall sense of possibility that had nothing to do with winning or losing. I just had to remember that.

My mother, who could not care less about running and racing, said that what mattered most in my wrong turn story was honor. It got me thinking about the word. I would never have used it in a situation like that one, but yes, I felt a true sense of honor after I made up my mind not to DNF and just find my way to the finish no matter how long it took.